Revealed: The Fine Art of Holding Your Breath

So, now it’s here, or rather, now it’s official. It’s in the wild and will do whatever it is that it’s going to do out there.

Currently, it’s available in Kindle and Print (and if you buy the print version, you can get the Kindle one for free). 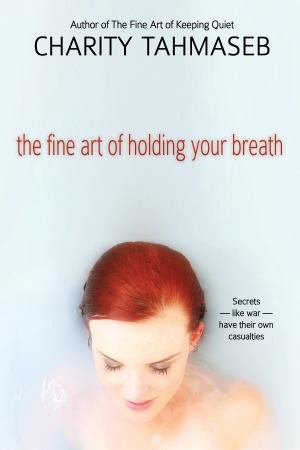 MacKenna’s mother died when she was a baby, a casualty of the first Gulf War. Now seventeen, MacKenna has spent her life navigating the minefield of her dad’s moods, certain of one thing: she is destined to follow in her mother’s combat boots. But when she pursues an ROTC scholarship, she finds herself at war before even enlisting.

Her father forbids her from joining the military, inexplicable considering he’d raised her to be a “warrior princess.” MacKenna turns to her grandmother–who arms her with an ammo crate containing her mother’s personal effects from the war. Hidden in the crate’s false bottom is a journal, one her mom stashed there hours before her death.

While MacKenna untangles the secrets of her parents’ tragic love story, her own life unravels. Dad’s behavior becomes erratic, her best friend grows distant and even hostile, and a boy from her past returns–with a life-threatening secret of his own.

If ever a girl needed her mother, it’s now.

The pen might be mightier than the sword, but are a mother’s words strong enough to slice through years of hidden pain? Can those words reach through the battlefields of the past to change MacKenna’s future?

I’ll be running a Kindle Countdown Deal starting on January 27th, when you can get the Kindle version for 99 cents. In the meantime, you can hop on over to Goodreads and enter the giveaway for a signed paperback copy:

The Fine Art of Holding Your Breath

See the giveaway details
at Goodreads.