Weekly writing check-in: back with a completed novel

I’m back! More or less. So, what have I been doing? A little this and a little that, and I finished the draft of my novel.

In other news, I’ve sent out six submissions so far this year and have three rejections to show for it. 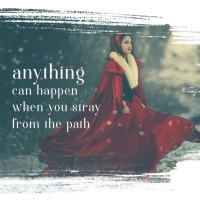 My fairy tale compilation is almost ready to go. The manuscript has been proofed, I have the interior layout done minus some tweaks.

What do I lack? Why a cover, that’s what. I hope to have that settled within the next two weeks or so.

That’s it for now.