Weekly writing check-in: we have a tree problem 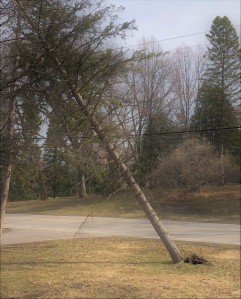 We have a tree problem. And yes, before anyone asks, we’ve called the power company. Also, the tree isn’t actually resting on the power lines … yet. With the wind we’ve been having, it could happen.

In writing rather than tree news, I spent this week tagging all my longhand notes with post-its with labels like backstory, episode 2, episode 3, and so on. Now I’m compiling it (and expanding on it) in a document. Once I have all that completed, I’ll start the framework for episode 2. In fact, I just had a brainstorm on episode 2 this morning, and I’m so glad I was waffling on starting on it.

Sometimes, procrastination is productive and creative.

For this coming week, I hope to get all the notes together and complete a framework for episode 2. I’m calling it a framework rather than an outline because it is more like an idea of the story than a lockstep list of everything that happens.

I will report back on trees and writing next week.

One response to “Weekly writing check-in: we have a tree problem”